VIDEO MAGAZINE ON THE BEST SERVICES 4 THE COMMUNITY OFFERED BY NON-PROFIT ORGANIZATIONS COMMITTED TO SOCIAL CHANGE IN GREATER CHICAGO. A PROJECT OF www.media4community.org

Clara Tomaz is an Italian-American MFA electronic artist that has shown her video-based performances and installations in several theaters and galleries in USA and Europe. She started her career in 1996 as a high school teacher and Russian-English translator of Classics for Italian publishers like Rizzoli. She then turned to an artistic career in 2006, and in 2009 she started to work as video producer and documentarian for non-profit organizations. Her interdisciplinary interests, her passion for video production and the non-profit world finally led her to found Chicago 4 Community in November 2012. 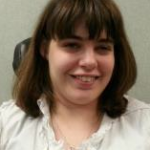 Carrie Dorsey graduated from I.C.R.E. in 2010. She is a Dreams Leader in the well-known Chicago nonprofit organization Dreams for Kids, and a talented writer specializing in issues of disability and social inclusiveness of diversity. Carrie joined Chicago 4 Community as an editor in February 2013. 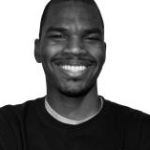 This entry was posted on November 29, 2012 by media4community in ABOUT.